Not So Appreciated Role of a Homemaker 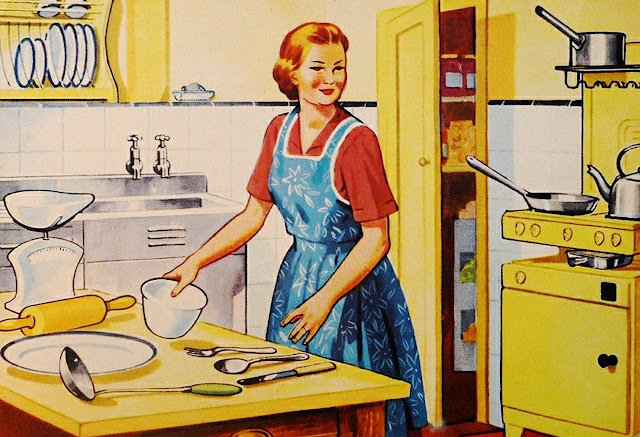 I am getting trained in Table Tennis under a coach who is 75 years old. 75 years old, isn't it amazing to be fit to train someone in a game at that age? One day, when we were wrapping up our practice session I asked him for how long he has been playing table tennis. He said for 35 years and mentioned that he paused it 3 years ago to take care of his wife who was diagnosed with cancer. I asked him how long he used to practice in a day when he started playing Table Tennis. He said all I used to do during those days was, go to work, come back home and play table tennis. He also said, "my wife completely took care of my kids for many years, I took care of her only for 3 years. Nothing would suffice for what she has done for me and the family". I felt so happy to hear such a plaudit from a man belonging to the prior generation to his wife, who is a home-maker.


Let us jump to an advertisement for dishwashing soap. A kid is filling some form for his school which has the column of his parents' occupations. The kid fills-up the occupation of the father and says his mother, who is cleaning vessels, has no occupation. The mother feels sad, then the background voice introduces the dishwashing soap. The underlying message is a housewife who uses that dishwashing bar gets extra time (10 minutes) to pursue her interest. I have some questions to the brand management company


It is sad to know that the prevailing mindset is dwarfing the role of a homemaker. Things have taken a dramatic turn where the current generation homemaker has to feel inferior for choosing to be a homemaker. Women definitely need to be independent and should be able to do what she likes, but that doesn't have to be measured only in terms of the money she earns. She has to keep herself updated on what's going around and be prepared to take up a job at any time because we never know what life demands from an individual. But she never has to prioritize career over everything. It is ok to take a break, it is ok to choose to take care of the family and it is double ok to work for a nonprofit organization that doesn't pay much or anything.


Sudha Murthy, a gold medalist and the first female engineer to be hired by TELCO, choose to be a homemaker while her husband was busy creating one of the biggest IT empires of the country. Her happiness and success lied in how well she could support her husband and provide better parenting for their children. She prioritized family given her situation at that point in time and took the role in Infosys foundation later.


We never had an issue with our mothers staying at home and providing the best care to the family, but now it has been perceived as a mistake to do the same. I am not against women who choose to work, all I am saying is respect someone who chooses not to work. You don't know what their life is all about.
My Perspective