My Journey with Udaan 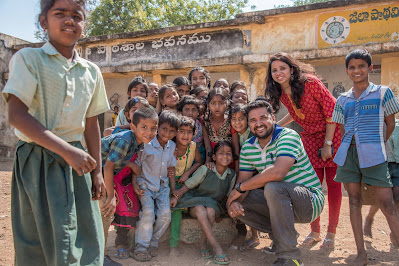 Certain years after I began my career I started feeling monotonous with just work and home. So while I was in Bangalore I took part in voluntary activities by an organization called "The Ugly Indian". In 2015, I moved from Bangalore to Hyderabad to join a new organization. Around 3 to 4 months after joining that organization I again felt the urge to take part in some social service activity. It was sheer coincidence that the CEO of the company sitting somewhere in the USA felt the same. During his next trip to India, he expressed his desire to sponsor the complete education of girls who score well in their tenth exams and are financially weak. I felt like the head of the organization has used his telepathic ability on me and has come up with an idea bespoke to me.


Through his connections, my CEO choose Government Girls High School located at Moosapet, Hyderabad to select the girls from. We visited the school to check the facilities and also announce the sponsorship. Once the results are out, we invited the girls who are in the top three positions and their parents to talk and understand their plans. Interaction with one of the girl's mother turned out to be shocking for us. She mentioned that the family is not in a position to afford the girl's education so they are planning to get her married. The girl was just 14 and has to put an end to her education. Considering the scores and the financial status we selected two girls Anu and Swati.

While these two girls are on track during their intermediate studies, the principal who helped us in Moosapet school got transferred to another school located in a small village Ameerpet near Hyderabad. So we decided to visit the school and see if anything could be done. It turned out to be a skeevy school with meager facilities. It was so unpleasant to know that there is no roof to the bathrooms in a girls' school. We were so moved to see all those and immediately decided to get new bathrooms constructed and also consider that school also for sponsorship.


Coming back to Anu and Swathi, we received a pleasant surprise in the form of Swati's progress at the college. She scored 95% in the first year final intermediate exams. Not just that she was consistently in the top 5 in EAMCET exams across all branches of Sri Chaitanya in India. No one would have ever imagined that a girl from Government school could give a tough time to her classmates who are from top private schools.


While the work at Ameerpet school is in progress, we started conducting sessions on General Knowledge, Basic Computer Skills and Girls' Hygiene in both Moosapet and Ameerpet schools. We also worked on providing facilities such as computers and books for the library in both the schools. Construction of the washrooms at Ameerpet school was completed in three months. 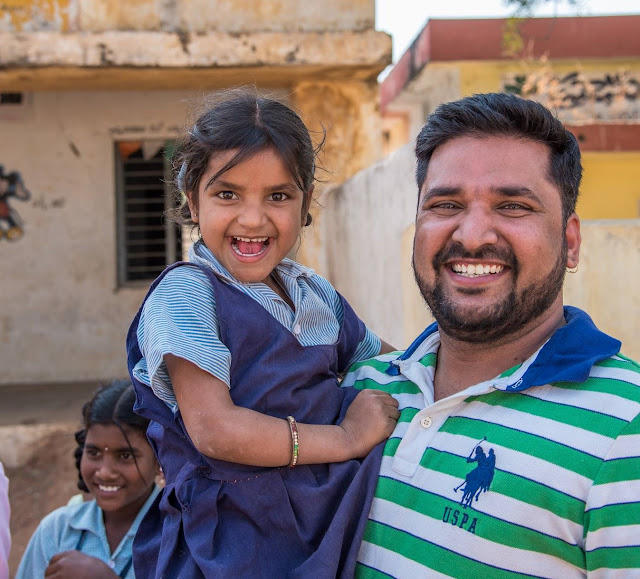 During one of the selection process, tears rolled in my eyes to know that the girl has been walking around 6 kilometers every day to reach the school. Her father passed away long ago and her mother won't be able to feed her children if she finds no work on the day. A sense of pleasure creeps into your heart when such students get selected for the sponsorship. The girl and team Udaan experienced it when we announced her name. Year after year we kept adding schools to consider girls from. With their performance at studies, our first batch students Anu and Swati kept encouraging us to work more for the cause of providing better education to girls. They not only secured seats in good engineering colleges but also made us feel our life worth living. Currently, Udaan is sponsoring 10 girls and also working towards transforming government schools. I had to part ways with NetElixir and thereby Udaan, but I can say that it was a wonderful journey. Though the journey is ephemeral, the memories are everlasting. Hope I get another chance to be part of such a wonderful cause.
Lessons from Life