Recently I read the book "The Road Less Travelled", one of the lines on the first page of the book is "Life is Unfair". Isn't this the single smallest sentence and fact that every human being has to digest? Deviation from plans and anticipations is what life comes with. It is blatant that we expect to do good in school, get into the best college, do well in college, get a well-paid job in a reputed organization, get married to a very good looking person, no problems should arise in the family, have kids who always obey their parents, do well in studies, get good job and the same follows. But the probability of these turning out to be true is very minimal. One will surely have to encounter problems and disturbances, the beauty of life depends on how well we receive all those.

When things don't go your way, the first question that arises is, "Why is this happening only to me?" "Why am I suffering more than anyone else?". There are two perspectives to this, one, you don't know what others have been going through and two, choose to ignore the lucky lot. There is a set of people who receives more than they deserve. Right time at the right place contributes a lot to that fortune.


These are exceptions that are not eligible to take up for comparisons. 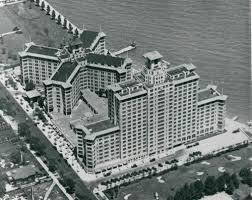 We have been hearing episodes of fighting depression from many celebrities. I feel corrupt politicians lead a tensed life as they always have to be on toes to find ways to escape from going to jail. The 1923 meeting in Chicago's Edgewater Beach Hotel story can manifest if there is a correlation between money/success and happiness.
The people around you might seem to be doing great. The conclusive evidence supporting such opinion is usually taken out of their social media posts or through the things they buy. Those should never be the standard to measure how well their life is. One of my friends lost his job as soon as he bought a house, his house buying news is widespread on social media but very few are aware of his career situation. Many contract workers lose their jobs in the US when the job market is hit and they have to struggle to pay the bills but many in India only visualize them leading a luxurious and financially sound life. I gave a ride to a person yesterday while returning home, he works in a furniture store. During our conversation, he mentioned that the last time he got his salary hike was in 2013.

People won't get married when they planned to, they won't get jobs when they need, their married life might end up in divorce, they might be fired from a company, they won't be blessed with kids when they plan to and their kids might not do as well as they want them to. This is all part and parcel of life. Don't ever compare your life with others and feel why only you are facing adverse situations. There is someone out there dreaming of a life like yours. So don't undermine what you are blessed with.

Let me tell you the story of the legendary tennis player Arthur Ashe. He was diagnosed by AIDS, which he got due to Infected Blood he received during a Heart Surgery in 1983! During his illness, he has received many letters from his fans which conveyed, "Why did God have to select you for such a bad disease?" 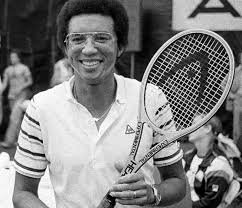 
When I was holding the cup in my hand, I never asked God:

So now that I’m in pain how can I ask God: