Tipping Point is defined as a critical situation that leads to a change in behavior. It would be a relief if the critical situation mentioned in the definition can be boredom or creation of new trends. But that is not the case in our lives, the critical situation has been identified at the expense of many lives and unnecessarily created effects on human health. It is disheartening to stand as a proof for the negligence of individuals and authorities who awaken only after the toll of human lives rise to a certain point.


We have been using plastic since 1950 when the production of it took off. The usage has surged in the last 2 decades, every small item that we use in our daily lives has been made out of plastic. When I was a kid, during functions meals used be served on tables and steel glasses were used to serve water. Now with the advent of buffet culture, plastic glasses have replaced steel glasses. In the last 5 years, glasses were replaced by plastic bottles. Chaiwala's have started relying on plastic and paper glasses to serve tea. Most of the toys that are available in the market are made of plastic. Plastic is being used in the manufacturing of chairs, tubs, buckets, water bottles, pens and many other items. It would be difficult to find an end if we start listing the items.  It was found that plastic is harmful to the environment and most importantly human life. Many researchers have discovered the toxic effects of plastic, still, we are failing to accept those and restrain from using plastic. It was found plastic when combined with heat becomes cancerous, but there is hardly any acknowledgment from authorities and common people. We are eating a hot breakfast served in plates topped with plastic cover. Where is the tipping point for this usage? Should we wait for many lives to vanish in the air to take actions? Some noise is being made against plastic but that is minuscule compared to the overall negative effect it is creating. Why should we wait for the epidemic to reach a tipping point? 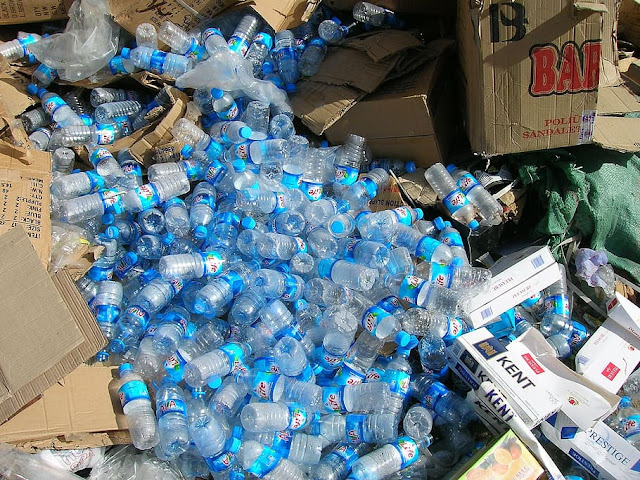 In one of my previous posts, I wrote about Mobile Addiction. We all are aware of the negative effects of mobile but still, we are not ready to reduce the usage. A parent will take action only after his child is addicted to mobile. An individual will start thinking of reducing the usage when his eyes get affected. It is blatant that too much time spent on the same position will affect the organ. This is going to happen very soon in case of many people as most of the heads are tilted to see the mobile.

A year ago I saw a question on Facebook,  "Can we teach our generation that a car is not a symbol of Success & walking doesn't mean poverty?". I feel it is imperative not for the children but for the adults to get this into their heads. Many cars I see at the hi-tech city have only one person in it, why can't such people rely on carpooling or public transport. Metro is definitely a boon to Hyderabad Citizens, many can rely on that. Even the last mile connectivity has been improved. We all harangue about increased pollution in India, we are aware of the consequences of pollution but we are not yet ready to act. We need to evidence noxious effects of pollution increase, we need our acquaintances to be a victim for the pollution to act. We wait until the negative effects reach the tipping point. I am not saying that you are here to control the whole pollution on earth, but we can at least do what is in our hands.


You find more details on ways to prevent pollution in this article.


Not just the above-quoted examples, human beings are habituated to test the tipping point in many aspects such as too much of eating out, too much spending, too much driving, too much stress and too little sleep. Once someone asked Swami Vivekananda "What is Poison?", his answer was "Anything More than Required is Poisonous". It is important for us to understand the limits and do things accordingly. From my side, I rely on public transport most of the times, I reduced usage of plastic drastically and always look for areas where I can get rid of it and a new pledge that I am about to take is "No Mobile Day - Not Carrying Mobile to Workplace for One Day in a Week".  After all, my work doesn't require making calls to clients or partners.

Let us live in clean air and with better practices and leave the same for next generations.

Any Thoughts???
My Perspective