The Importance of Second in Command 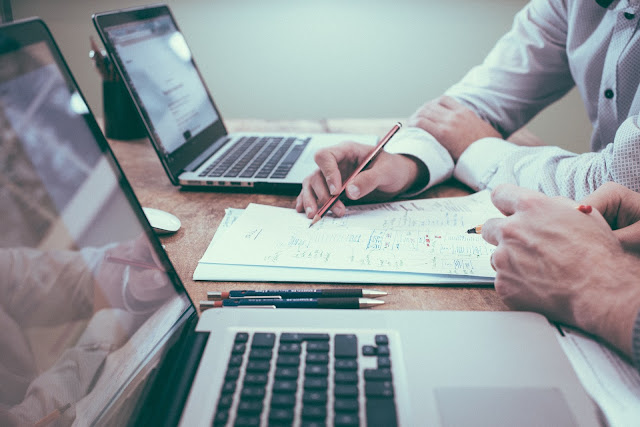 Have you ever heard the names Bill Gates, Warren Buffet, NR Narayan Murthy and Azim Premji? I am sure the answer is a resounding yes. One has hit the vision to have Windows operating system on every computing device with utmost precision, the other has excelled in the art of investing and went on to become the bible of investments. The last two names have set a great example on how India can build companies which can make foreign companies run out of their money. All these men have been looked at as great role models. Other corporate leaders and managers are obsessed with the lives of these people in search of ways to emulate at least a very little share of what they have achieved. But how many of us know about the second in command in their organization who were able to connect the dots of these great leaders’ vision and create a shape out of it and put it in implementation.

It is very easy for most of us to overlook the support systems when all we could focus on is the incredible charisma developed by these leaders. I believe the second in command for these organizations are equally important as the vision and tenacity of these leaders. Let me throw some light on this by taking examples from sports and politics. Sonia Gandhi, irrespective of the number of scams during the UPA regime, has to be considered as a good, if not, great leader. But why did UPA failed miserably during 2014 elections? Because, the second in charge, Rahul Gandhi is not experienced enough to get hold of the party. We have many parties which came to power despite being involved in many scams, but the congress party couldn’t even secure opposition status in Lok Sabha. I am not saying that they could have won the election, but they would have done much better. The same is the issue with TDP in Andhra Pradesh and Telangana. Chandra Babu Naidu is undoubtedly a great leader, but no name comes to mind when you say who is going to take control of the party and get things done. On the other hand, BJP is doing an excellent job with Amit Shah and Modi on the realm, strengthening the second layer of leadership. If Amit Shah aims to increase the BJP memberships by a huge number in Telangana, the success of it completely depends on the implementation by Lakshman, who is in charge of the party in the state.

Sourav Ganguly is one of the finest captains Indian cricket has ever produced. Did he have anything more compared to his predecessor Sachin Tendulkar? Sachin could get anything and everything using his following when he was the captain of the Indian team. But the team around him has failed big time in executing his plans or supporting him with better ideas. Failure in the strategy implementation didn’t let him prove that a great batsman can also be a great captain. When Ganguly was the captain, the seconds in command, whether it is a batsman or a bowler, were able to implement his strategies with utmost responsibility. Anyone must agree to this when you see Rahul Dravid, Laxman, Kumble and Sehwag occupying the second in command slots during his era.

When we observe the same in the corporate world many companies are ignorant of the second in command’s ability to make or break the organization. The CEOs vision might be to build a great product or to provide the highest quality service to the customers, that is possible only the implementation is done with maximum care. The CEO must put check marks every now and then in order to understand if the implementation is aligned to his vision. This can be seen very much in a family run business where people take control irrespective of their qualifications just because he is related to the CEO in some way. It is not very uncommon to see wives, brothers and sons of the heads of a company taking senseless steps and make things go in an erratic way. Such steps will surely lead to the collapse of the organization. The second in command should be qualified and talented enough to understand the industry, customer requirements and employees point of view. Unless he or she is equipped with better details than anyone in the organization unless he or she is more experience than many people in the organization unless he or she is humble to analyze different perspectives there is hardly any chance for the organization to excel.

Let me tell you about a businessman who has set an example of how one has to prepare the next in command for the job. Savji Dholakia, many people knew him as the owner of the company which has gifted flats and cars to his employees during Diwali. Yes, you heard it right. With that gesture, one can understand how much he cares for his employees. Every person in the family gets involved in their Rs. 6000 crore diamond business once they reach a certain age. But he was worried that his son might no understand the lives of his employees and how much hardship they go through every day. Without that the son might not emulate the father in terms of employee care. To solve this, he threw a challenge to his son once he is back from his studies in USA.  He told his son that he has to go to Hyderabad and earn for himself for the next 30 days without using his family name or connections. It was a shock to the son, who never had to struggle for anything in life. But was very confident that he could do that and started to Hyderabad with just Rs. 500 and nothing else. He lived in a small lodged for Rs.100 per day, where he had to share the room with 17 other people. Worked in four different places to understand the struggles in each of them. At the end of the month, he returned home with Rs.5000 and a huge treasure of knowledge about life. This was not the first time something of this sort happening in Dholakia's family. The business is run by 32 people from the same family, everyone has to go through the same exercise before taking up any role in the company. No theoretical inputs can replace such practical and live training. I strongly believe that everyone taking command in an organization must prove themselves and earn the role and not accept it just because they got there without much effort.