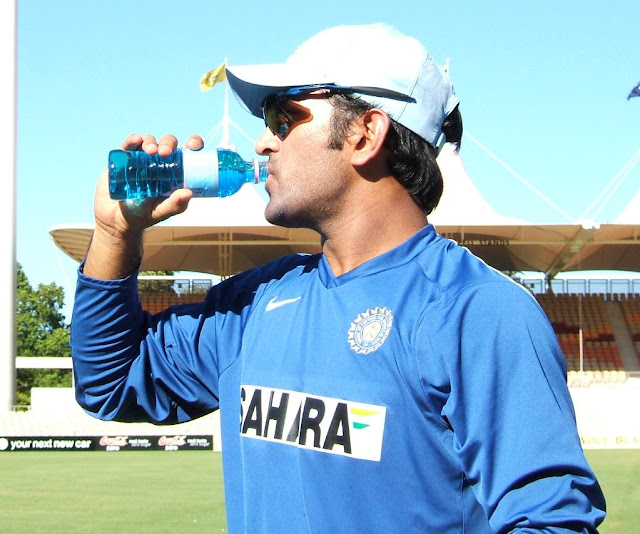 A fan is a person who has a strong admiration towards any particular person, sport or opinion. The day before yesterday, I have seen a piece of news about mud water being thrown on a civil engineer in Maharashtra by the close aides, sorry fans of an MLA. The engineer has constructed a road which got damaged in a few days, so the MLA got agitated and started doing so and the fans followed him. I don’t know if they have to be called aides or fans or fanatics or brainless. One can like a person by supporting the good deeds of him or her. Fanatism is supporting any and every act of that person whether it is good or bad. Fanatism is so powerful that it can damage the whole system in no time.

During the 2014 elections, I have campaigned in Bangalore for one entrepreneur turned politician. When I went from door to door to request people to vote for this person, I have heard many educated citizens saying that they are core supporters of the other party. The candidate I campaigned for is of highest integrity and honesty, the opponent was involved in many scams. Even then, people support that person just because of their fanatism for the party. When YS Jagan Mohan Reddy was granted bail, one of my Facebook friends has shared the news on his wall. One person has asked him why he supports him and why is he so happy for his release. The answer has shocked me as it is not coming from an illiterate but from an engineer who has completed his MS in USA. Here is what he said, “I support YS Jagan because he is from my hometown and I am also a reddy”. This is not confined to just one community or region, we can see this across communities and regions. Like a person for what he is, not for the community or the region he belongs to.

The recent fanatics that I am encountering these days are the people who support Dhoni. I agree that Dhoni is a good cricketer, but he has been seen as a national hero who has sacrificed everything to play cricket for the nation. The fact everyone has to remember is that he has accumulated immense wealth while playing cricket. Because of the fact that Dhoni has strong support from N Srinivasan, who is controlling BCCI and ICC everyone including media and commentators are adulating him. It has become like, whatever good happens in cricket is just because of Dhoni. Who has to tell a pace bowler to bowl a Yorker for a hat-trick ball, doesn’t he know that? When Shami took a hat-trick credit was given to Dhoni saying that he told Shami to bowl a Yorker. If he sets the fielding, he is praised for taking control of the team, as if Kohli is not capable. One has to understand that, a wicketkeeper has some control on the field set in any team whether it is Quinton De Kock or Jonny Bairstow or Dhoni. One doesn’t need to give too much credit for the entire match win to him for that. Kohli is a good captain and one of the finest players, he is not dumb. When India wins the match its all Dhoni's strategy and his help to Kohli and when India loses the match it is all because of Kohli or Rohit Sharma or some bowler.

Here are some stories which throw light on the other side.

The Superintendent of Police who was investigating the IPL fixing scandal found that the bookie had confessed that Meyiappan has informed him that Dhoni had agreed to score 140+ in the match that got fixed. As soon as a big name was disclosed the SP was transferred to Railways.

Chennai Super Kings is the brand owned by N Srinivasan, he never wants the brand value of CSK to diminish. In order to make it happen, it needs a player who has a lot of fame and who people perceive as a great player. He has tried to achieve that in every possible way.

In the series between India and Pakistan, N Srinivasan has influenced the commentary team to select Dhoni for the man-of-the-match award for two matches

Match 2: Dhoni scored 36 and dropped a catch of Misbah-ul-haq, Jadeja scored 27 runs, took one wicket and gave just 19 runs in his 10 overs. Again Man of the match: Dhoni

Dhoni was the vice-president of India Cements, which owns CSK. The brand value of CSK is directly proportional to the assets of India cements. Isn’t that conflict of interest? Yes, of course. He has tried a lot to increase the value of CSK by promoting worthless players to India team. Here are some names, Pawan Negi, Manpreet Gony, Murali Vijay, Subramaniam Badrinath, Sudeep Tyagi, Mohit Sharma and Joginder Sharma, which many of you might not have heard. The number of games they played for India can vividly tell us how worth these cricketers are. Have you ever seen Ganguly being biased towards Bengal cricket players? The only player from Bengal who played for India when he was the captain was Deep Dasgupta. He earned the place in India team because of this record in the Bengal Ranji team.

Dhoni was sacked from captaincy in 2012 after two straight test series losses against Australia and England. Raj Venkat a selector from East Zone has revealed that the selectors unanimously agreed to sack Dhoni, but Srinivasan with his power as BCCI president overturned the decision.

Rhiti sports is a brand management company which manages the advertising contracts of Raina and Jadeja. Increase in the brand value of these cricketers will increase the revenues for Rhiti Sports. Dhoni held shares in this company and also promoted these cricketers in India team. Would you like to know the stats of Ravidra Jadeja who is being promoted as an allrounder? Bowling average 35.89 and Batting average 29.92 in ODIs. Irfan Pathan, who is considered as a pace bowler has similar stats. How can you promote him as an allrounder? It was a joke that Dhoni fans were lashing out at Sanjay Manjrekar for calling Jadeja a bits and pieces player. I remember Jadeja playing a wonderful knock with bat hardly a couple of times. What Majrekar said is absolutely correct. The same company manages the brand of Karn Sharma and Gurkeerat Singh, who got selected for India team under Dhoni’s captaincy and didn’t survive for long. Just imagine how many other players life was spoiled just to include these worthless players in the team.

When he retired as the captain for ODIs and T20s, the so-called Dhoni fanatics were excited to start a campaign that he has sacrificed the captaincy. For all their reference, he did not sacrifice it he was told to step down else he would be sacked. The media and the BCCI are always there to keep him on limelight by praising him for nothing. There is not great finisher as Dhoni, there is no great captain as Dhoni and there is no fastest runner as Dhoni. He is not a great finisher, he deliberately turns one side match into a close contest by playing many dots. He was leaving balls in 47th over in the world cup semis over New Zealand. Virat Kohli’s frustration was seen in the live match, but he had to cover up that in the media conference. It was so shocking to see no mention of Jadeja’s wonderful innings in the post-match analysis, the only talking point was Dhoni tried hard. He didn’t try hard, he is the reason for the loss.

Harsha Bhogle, the finest commentator, was sacked from the commentary team by BCCI just because of the fact that he was not biased towards the home team. He was given the contract after a brief hiatus, since then his tone has changed a lot. All that he has been doing is praise Dhoni for anything and everything.

When you talk about the stats, out of the 350 ODIs he played, 188 are in sub-continent and 30 are against weak opponents like West Indies, Zimbabwe, Ireland and Scotland. Out of the 10 hundreds he scored in ODIs, 8 are in India, 1 is in Bangladesh and 1 is in Pakistan. His average is very high due to the fact that he never gets out as he hardly shows any intent till the last over of the match. His scores in 2011 World Cup 31, 34, 19, 12, 22, 7, 25 and 91, I have no clue how he is the reason for the World Cup win. He didn't come out when India was in trouble, the team has reached a safe position after Gambhir and Kohli partnership. 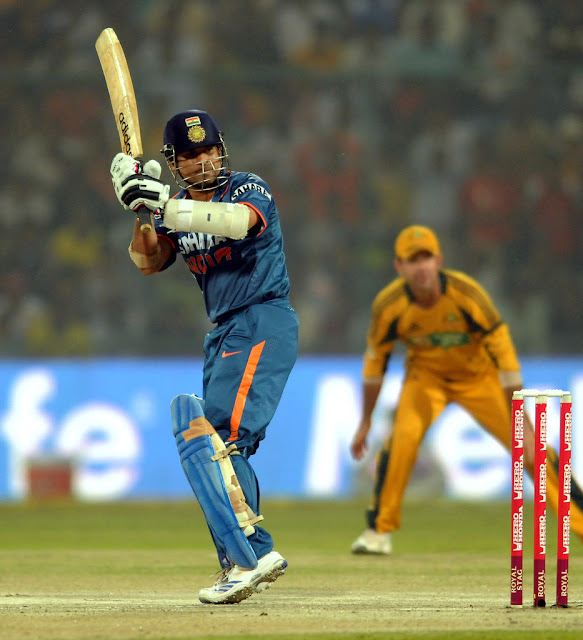 Lastly, never ever compare Dhoni with the likes of Sourav Ganguly and Sachin Tendulkar. When a bookie was asked if Ganguly was ever involved in fixing. He said, no one in our gang has the guts to dial him to discuss something of that sort. During the India tour of New Zealand in 1997-1998, Anshuman Gaekwad, then coach of India team has received a call the day before the match. The caller told him that the ODI match happening next day is fixed, he mentioned names of two players and told him how they’ll lose their wickets. He was tensed, didn’t know what to do. He went to Sachin’s room and told him what had happened, Sachin said “don’t worry sir, we are going to win the match”. Next day, the two players lost their wickets as told by the caller. Sachin Tendulkar hit a century and won the match for India single-handedly. The same incident happened again the day before the next match, again Sachin hit a century and won the match for India.

That is what we call passion for Cricket. Now we are fighting for our breath in order to praise people like Dhoni to new heights. Dhoni is a good batsman and a good captain, that should be it. But fanatism controlled by a single person sitting at the helm of BCCI is dangerous to Indian cricket. Even after all the incidents if people still think that he is the greatest ever, the only solution to save Indian cricket is his retirement. I feel very sorry for players like Gambhir and Yuvraj whose contribution in winning the world cup was deliberately ignored to increase brand Dhoni and thereby CSK.

References for the fanatics:

Neelakantha
Born and brought up in a small town called Khammam in India. Engineering and MBA Graduate by education. Believes in being healthy and happy. Loves Reading Books, Traveling and Playing Table Tennis and Cricket. Life has taken me to a different city, state and country. Started blogging to improve my English, but soon it has become a hobby. Learnings, Observations and Experiences is what you get from my blog.