It’s been so long since I opened a newspaper and didn’t see political news occupying 90% of it. Provocative statements targeted to a particular religion are one among many kind of speeches we get to hear/read a lot during the election season. With one of the major political parties playing a Hindutva card, these hate speeches don’t need any kind of promotions to make them famous. Added to it, we have many channels which telecast those time and again for their TRP ratings. Every political party is trying to leverage the sensitivity of the religious beliefs for their own benefit. One party says that they’ll make a chief minister eat beef, which is completely against his religious sentiments and another party says illegal immigrants belonging to one particular community are like termites. Are these speeches going to work with majority of Indians? Do Indians have such a hatred towards other religions? Many examples prove that Indians are not so bigot to support such tricks.

Ganesh Chaturthi is one of the important festivals in most parts of the country. 9 days after the festival, all the Ganesh idols are immersed in water bodies along with a huge procession. In Hyderabad, this procession has to move through old city which is dominated by Muslim community. One would expect a lot of disturbances to happen during the event because of the fact that the two religions which are involved have always been the targets for the hate speeches. From the time I am aware of these processions, I have never seen any such incidents happen. In fact, many Muslims distribute water and butter milk to the people who take part in the procession. 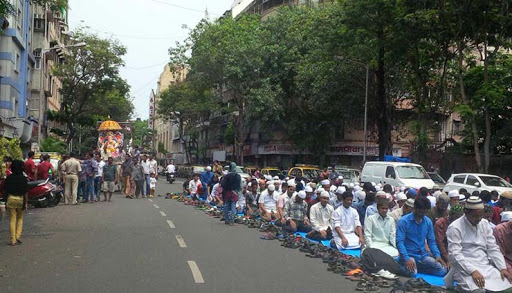 There is no dearth of such examples where Indians have exhibited communal harmony.

Nothing good can come out of such hates speeches when most people in this country are ready to accept fellow Indians irrespective of their religion and caste. The speakers need to introspect on what they are achieving by doing so and have to be sensible enough not to disturb such beautiful harmony by relying on noxious ways to attract people. Citizens should not allow the leaders to obscure their blatant debility to develop the country by promoting such senseless hatred among communities.

Let me tell you one small example of how much acceptance does the people of India has for other communities. There is a Bollywood movie in which the lead actor, who is an ardent worshipper of Hanuman, a Hindu god, goes through lot of hardships in order to unite a Muslim girl from the neighbouring country with his family. The movie is not just well received but it is considered as one of the finest movies and it went on to become the third highest grosser in Indian cinema. The name of the movie is “Bajrangi Bhaijaan”.

My Perspective My Top Posts