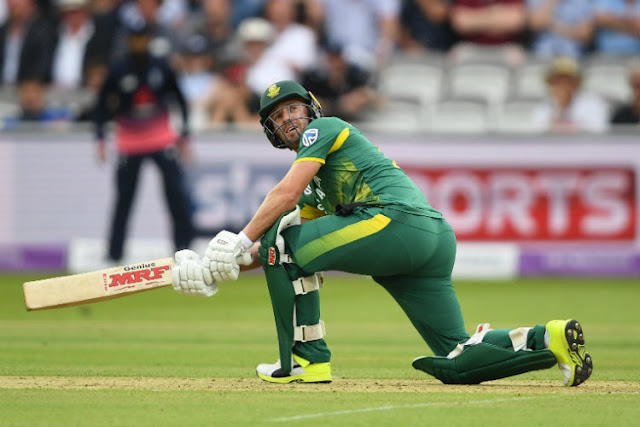 That was the first test match between India and South Africa in Chandigarh back in 2015. After a quick fall of two wickets South African fans has found respite in the form of a partnership between Dean Elgar and Hashim Amla. But a delivery from Ashwin has ended that partnership and the beautiful 123 ball fight by Elgar. There was a roar in the stadium as soon as the wicket fell which has raised the volume in the stadium. After the excitement of the wicket has settled down, there was another much bigger roar when Elgar reached the boundary during his walk to the pavilion. I wondered why a sudden roar after a small hiatus. It didn’t take me long to notice AB De Villiers (ABD) walking towards the crease to take the guard. I like ABD a lot but didn’t expect him to get such a rousing welcome in a foreign country that too when playing against the home country. This one incident should be enough to manifest how much space he was able to create for himself in the hearts of millions of cricket lovers around the world.

He has announced his retirement last week at the age of 34, it is quite surprising and shocking for a typical cricket fan to see someone announcing retirement at 34 that too when he is still far from losing the art of destructing top bowlers around the world.  The reason he quoted was “I am just tired”, the word “tired” must be obscure for many as ABD is enjoying the star status and is very close to breaking many records in cricket. When you dig deep, you will understand that it is not easy for someone to reach the expectations and be on the top all the time even if he is a super-human like ABD. He has fastest 50, 100 and 150 records in ODIs under his name. He has 50+ batting average in both tests and ODIs. In a recent test match against India in 2018, Hashim Amla, one of the few modern batsmen who has most of the technical shots in his quiver was struggling against India’s spin bowling attack but ABD as soon as he took the guard has started scoring runs with ease. Just imagine the kind of mental toughness one needs to achieve in order to do something of that sort. Some of the shots might seem unorthodox but there is certain technique which is restricted to himself and only he can execute that with utmost perfection. He has a nickname “Mr 360” because of his ability to hit the ball in any angle from the wicket. 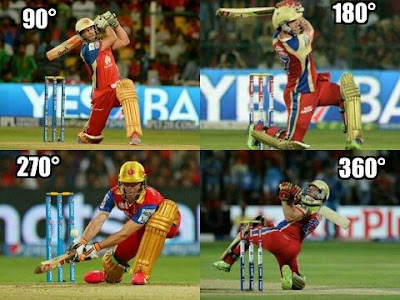 There is something beyond cricket which got him close to the cricket lovers, that is a character which epitomizes humility and dignity. I have hardly seen him blaming anyone for the loss when he was the captain of SA team. Sledging more or less has become part of cricket since a decade or so, but I have never seen ABD involved in any such incidents. For me, he is an exceptional fighter, who has won many games for his team. During the recent series with South Africa, Indian cricket team has expressed their disappointment about the umpiring blunders even after winning the game. When asked ABD about the umpiring decisions his graceful response has certainly raised the bar on how a captain, sorry a leader has to be. Here is his response
“I don't like to comment on umpires’ decisions, I like to keep it to myself. Sometimes they get it right and sometimes they get it wrong and that's part of the game. Whether Behardien was out or not I am not sure and it's not up to me to decide that. We are not the kind of cricket team and I am not the kind of captain to go and publicly criticize the umpires. They give it their best out there. They get some right; they get some wrong. I don't think it changed the game. We had opportunities to win and we didn't take it. That's part of sport.”
We all miss the chant “ABD, ABD” which made many Indians nostalgic as the chant reminds them “Sachiiiiiin Sachiiiiiin” which the God of Cricket used to receive. We all miss the fighting spirit that ABD has exhibited over the years, we all miss over the top fielding stunts, we all miss the 360 degree shots which cover every nook and corner of the ground. He is undoubtedly a great batsman, super entertainer, extraordinary fielder but above all he is a great human being.