Trip to Chandigarh and Manali 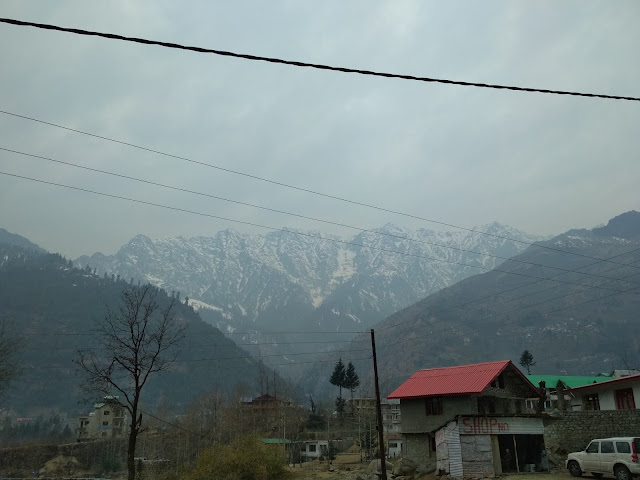 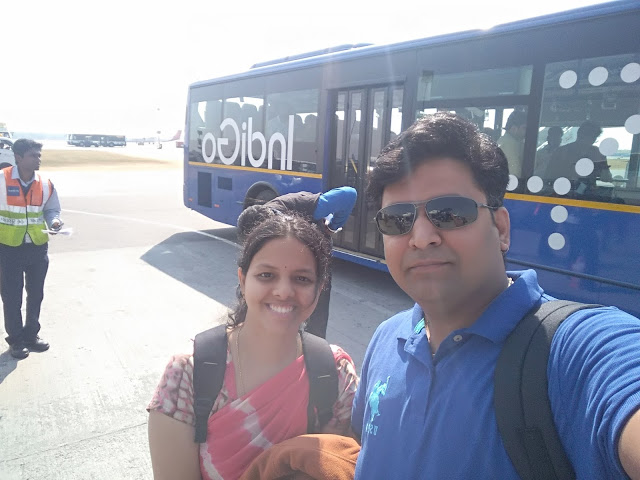 I am sure most of you have a list of places you would like to visit in your lifetime. I too prepared such a list, I also ensure that those places are not just limited to the paper. Taj Mahal and Golden Temple in Amritsar are among the list, I am lucky enough to visit those. My plan for the trip has started way south with Kanya Kumari and Rameshwaram and ended up way north with Manali. As soon as I decided to go the Manali, I was pretty sure that I am not going to miss visiting Taj Mahal and Golden Temple.

As anyone does, I too reached out to some travel agencies to get quotes and itineraries. None of the travel agencies have packages with Amritsar, Manali and Agra in a single itinerary. The quotes I received are around Rs.35,000 for Shimla and Manali with Air tickets excluded. I felt it was too much for just two places and that opinion was bolstered by some of my colleagues who visited those places earlier. So I just booked to and fro tickets and thought of deciding things on the go. Manali is a 9 hour journey from Chandigarh, it is always good to cover the place which is relatively far so that the schedule after that won't be much hectic. So I booked a ticket in HRTC (Himachal Road Transport Corporation) from Chandigarh to Manali.
Chandigarh

We reached Chandigarh around 2.30 PM. Initially, I had no plans to book a lodge at Chandigarh as we have to start to Manali at 8.30 PM. But changed my decision and booked a room through OYO Rooms near Tyre Market. I have got a chance to observe the city on my way to the lodge from airport. While observing, I understood the reasoning behind my friends saying that Chandigarh is a very well planned city. There are blocks of houses successively, at the end of which there are a big shopping complexes with all kinds of shops at one place. Greenery is oozing out of the city from the trees on the side of the roads. We stayed at the hotel till 7 PM and started walking towards the bus stand. The weather was beautiful and a bit cold. A hot tea has made my senses feel the pleasure of walking on roads on a cold night. As per the schedule, we started to Manali at 8.30 PM
Manali
We were welcomed by a chilling Manali cold at 4 AM. I have booked a hotel, Manali Paradise, before reaching there. The taxi driver charged Rs.200 to drop us at the hotel, which is 4 kms away from the bus stand. There is also an option of going for an Auto-rickshaw for Rs.100 but you will soon regret the decision to go in a Auto-rickshaw as the cold will make your bones shiver in no time. While traveling in the cab we inquired about the day tour packages available in Manali and where to get those. Incidentally, our cab driver himself owns a travel agency which organizes day tours. They charge Rs.1800 for the day tour, we felt that it as a reasonable price and opted for it. The hotel that we chose is very neat and clean, we slept there till 9 AM. As soon as I wake up to get ready for the day tour I opened the curtains to surprise myself looking at amazing visuals of mountains covered in snow. We got ready and started our drive to the first stop i.e., Sholang Valley. We were told that there will be activities such as Skiing, Tube Roll and Paragliding at that place. Rohtang pass is one of the most important places to cover in Manali but that is open only during summer. On the way to Sholang valley, the driver has stopped at a store where we have to take snow suits and boots on rent. They come as part of package which includes some activities. It was Rs.1200 per person which includes the suit and boots rent, Skiing and Tube Roll in snow. We also have to purchase gloves and woolen socks, which we got for Rs.300. 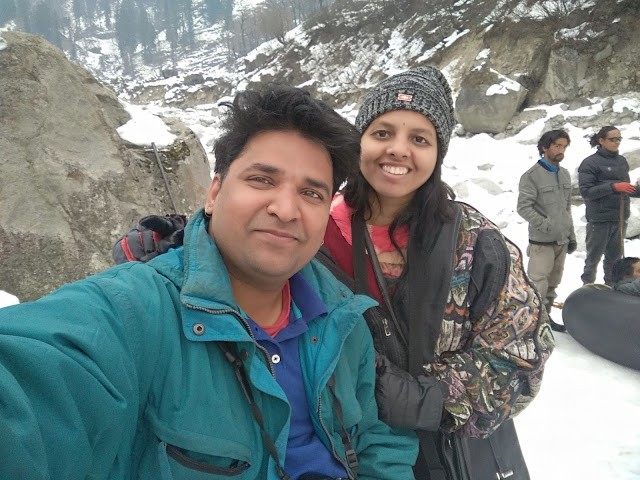 After getting ourself immersed in those suits we resumed our journey to Sholang valley. We reached a place which is around 2 kms away from Sholang valley. There are only two ways to reach Sholang valley from there, one is riding on a horse and two is to walk . We chose to ride on a horse, we brought the price to ride on horse from Rs.1000 to Rs.800 per person after bargaining. We were stunned looking at the visuals at Sholang valley. You will find yourself in the middle of beautiful snow covered mountains on all sides. There are trees on the mountains which made the scene look even better. After looking at those mountains I felt that my decision to visit Manali in January is right because you won't be able to see snow during any other months. We were taken to Hadimba temple from there, Hadimba is the mother of Ghatotkacha, a very famous character in Mahabharatha. The temple structure is very different from what we usually find in southern part of India. Then we went to the mall road to walk through the shops selling variety of products. Feeling a bit tired, we sat on a bench in Mall road. While talking, we realized that we have covered all the we need to in Manali and decided to start to Amritsar the same night. I have gone for the HRTC option again to travel from Manali and Amritsar.