Ever wondered why it happened? 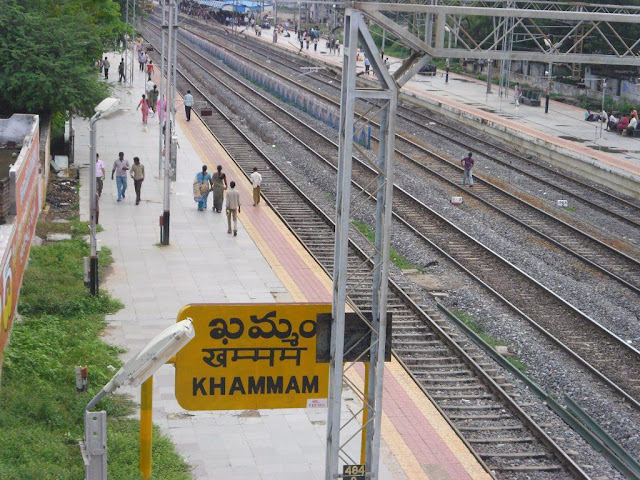 Have you ever wondered why certain things happen to you in life? Did you ever experience something in life without having a clue about why it has happened? Yes, there are certain things I experienced and certain people I met in my life which fall into this category. These happened in a minuscule time frame which didn't even provide me a chance to save the flashes of events before and after those.
I lived in my hometown, Khammam, till I was 15 and completed my 10th class there itself.With the advice of my parents and relatives I decided to go to Vijayawada and pursue my intermediate. It was a totally unexpected decision as I was reluctant to stay in hostel in some place away from my hometown. I even joined in a college in Khammam, but my father didn't pay the fee in that college as he has some confidence that I will opt for the residential college in Vijayawada. Finally, one fine day I decided to go to Vijayawada. As I was late to the college, the hostel seemed a strange place. Many of the students have already found new friends and got acquainted to the hostel environment. When I was feeling out of the place I met this guy Dayakar. Though, it was like meeting any other guy initially just in a matter of days it has turned out to be a very good friendship between us. We used to sit together in the class, roam around the campus together and even fight for some reasons which seems silly now. But within ten days after meeting him he has decided that he cannot stay in the hostel as he was missing his home badly. The day he was leaving he told me "don't know why we met, let us see if there is a chance of us meeting again". Though it was only for ten days the fact that I am still able to remember it elucidates the experience.

A good three years of my life was spent in Bangalore where I have got to see great people such as Illayaraja, N R Narayana Murthy, Sudha Murthy and Ratan Tata. I lived there with a couple my school friends. Three of us went to visit Mysore during a weekend. It was a day tour organized by one of the travel agencies, so it was around 10.30 PM by the time we came back to Bangalore. The travel agency bus has dropped us till a place by name Silk Board. In Bangalore, unlike in Hyderabad, it is very difficult to find public transport after 9 PM. The place where we were staying is around 2.5 kilometers from Silk Board. We waited there for some time hoping to find some kind of transport. After 30 minutes, we started walking towards our home losing the hope to find any transport. We felt the air and also the dust from a Nissan Terrano car passing us at a high speed. Before the dust settled on the ground the car started coming back and stopped at us. And, the person driving the car has inquired us about where we are going. We told him about the place we are staying, he immediately offered us to drop there. We felt happy, nervous and surprised as we hopped into the car. We asked him about the reason why he offered to drop us without we asking him. He said, you guys seemed to be nice that is why I am helping you. I couldn't get if the answer was genuine and the reason why the whole incident has happened.
You must have read my previous blog about my trip to Amritsar. I deliberately skipped explaining an incident that has happened as I am getting into the Golden Temple. Anyone, who has to get into the temple has to wear a scarf around their head to cover the hair. We were wondering where to buy a scarf as we are walking towards the entrance of the temple. In a split of a second a guy ran to me, kept a scarf in my hand and ran away. The guy disappeared before me even looking at what is in my hands. I have no idea where he has come from, how he looks and where he has gone. We were shocked to see something in our hands as soon as we thought about it.

After these incidents, I can confidently say the phrase "Miracles Do Happen".
Lessons from Life