A Day in Amritsar and Wagah Border 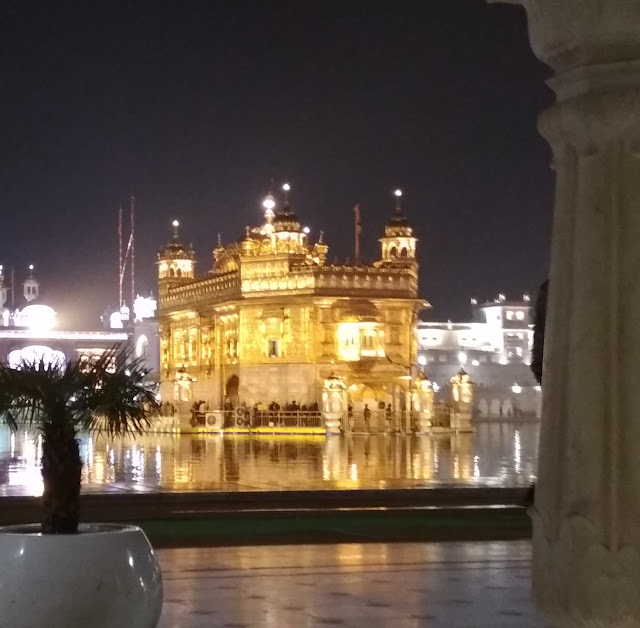 Continued from my previous post : A trip to Chandigarh and Manali

We got down at Amritsar bus stand around 8.30 AM after a decent 13 hour journey from Manali. The first impression that we got was that it is just like any other town in India. Our lodge is 4 kilometres away from the bus stand, we paid Rs.75 for a cab to get there. We freshened up and started to the temple, which is just 0.5 kilometers away. As soon as we got into the temple, we inquired if we could get some place to have breakfast but a shop keeper guided us to the free lunch hall in the temple. We were excited to know that it is open 24 hours, ouldn't control the enthusiasm to see experience that dining over there as we had watched about it in a program "India's Mega Kitchens" in National Geographic channel. We were a bit nervous as we had no idea about the rituals there and the way to get into the dinning hall. But very soon we found out that there is nothing to worry about, everything will happen without you struggling to gain knowledge about. As soon as we were at the entrance of the dining hall, we were given a bowl, plate and spoon by three different people. There was also a person to direct us to the hall. The hall is very spacious to accommodate around 800-900 people at a time. We sat on one of the mats spread in the hall, we were served with two types of curries, rotis, rice and two types of sweets. Everyone was taking the rotis with two hands as if they are accepting God's prasad. 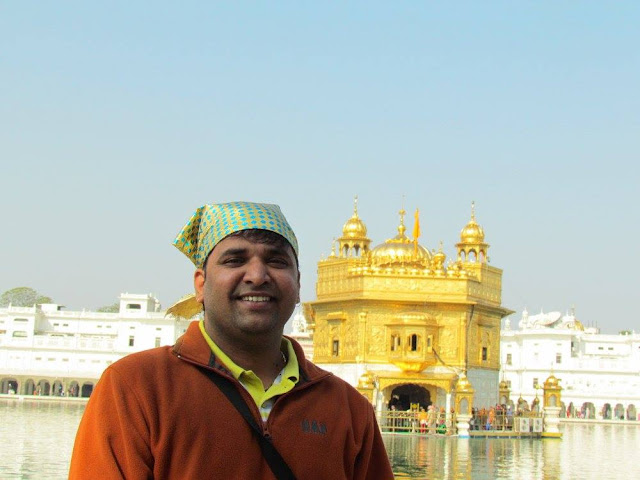 I was amazed at the kind of service the people there are offering without expecting anything in return. And, the shocking part is that the food is unlimited for unlimited number of people and unlimited number of times. Once you are done, you just have to carry your plate, bowl and spoon and keep them in the cleaning area. The overall experience will make us realize how minuscule our egos and status compared to the heart of the people who are offering their services over there. With that feeling, we entered the Golden Temple. Oh my god, is the expression on our faces looking at the Golden Temple. The structure standing in the middle of a man made lake is simply great.  It took around 30 minutes for us to get inside the temple. The important thing to remember is that you have to wear a scarf around your head to cover your hair while getting into the temple. You are allowed to roam around the temple compound without that but have to wear while getting into the temple.We spent around 30 minutes at the temple just looking at the marvelous structure. 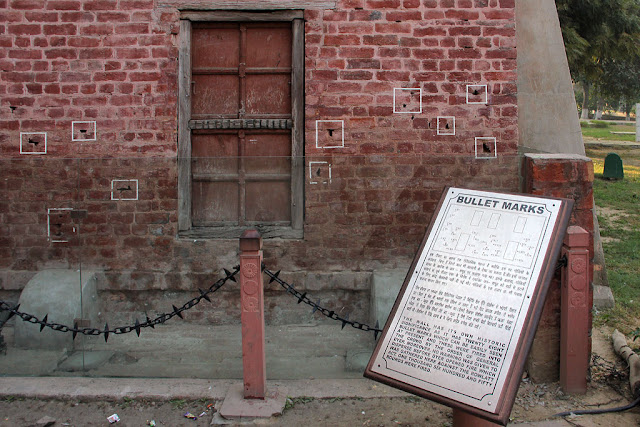 We proceeded to Jallianwala Bagh from there. As soon as we started to that place all the heart-wrenching scenes related to Jallianwala Bagh from the movie Rang De Basanti flashed in my mind. Wherever people broach about Indian independence movement Jallianawala bagh incident takes a major share in that. Though the place was soaked by the blood of Indians, you will hardly find any such clues as soon as you enter the place. It has been turned into a beautiful garden, which I can hardly observe. Because all that my eyes can visualize was British army standing in a row and shooting Indians, who ran around to find a way to get out of that place. There is a Martyrs Well, which is closed all sides by walls. Many Indians jumped into this well to escape the stream of bullets flowing from the guns of British army. Bullet marks on the walls of Jallianwala Bagh were highlighted with a square shaped paint around them.

As soon as you come out of Jallianwala Bagh or Golden Temple, you will be surrounded by Auto-rickshaw and taxi drivers inquiring if you would like to go to Wagah border. Wagah is a village, which acts as a boundary between India and Pakistan and also used as transit terminal between the two countries. Everyday, a flag closing ceremony is conducted from 4 PM to 5 PM on both sides of the border. Personal taxi costs Rs.1,200 and if you go for a shared taxi it is Rs.100 per person. Wagah border is around 30 kms away from Amritsar. We reached the place around 3.45 PM. Initially, some women from the audience were invited to run near the border gates carrying Indian flags. All the women were very happy to do as they instructed. It feels very exciting to be very close to a country which was part of India once upon a time. We feel a lot of animosity against that country while watching a cricket match between India and Pakistan. But I felt a lot of warmth and as if I am seeing some old friends. After the ceremony, we came back to the hotel, stayed there that night and started to Delhi the next morning.
My Top Posts Travel Diaries