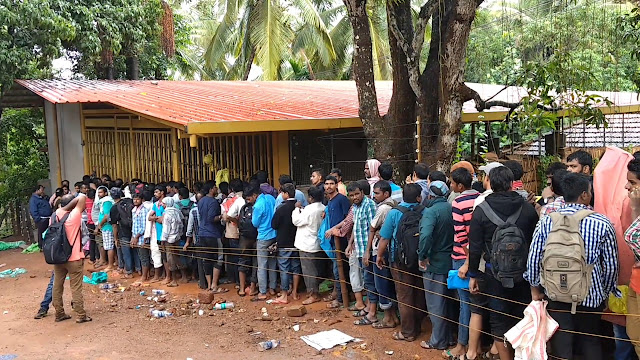 There are several reasons why I have heard of this place a couple of times before I actually visited there. One, is because I was in Karnataka for 3 years, two, one of my close friends is a cancer specialist and three, one of my close friend’s cousin was diagnosed with cancer. Many people think that the ayurvedic cancer medicine is available in Shimoga but the place is actually 45 Kilometers away from that town. Shimoga is a district in Karnataka and the district headquarters Shimoga town, is 681 Kilometers away from Hyderabad, the place where I started my journey from. 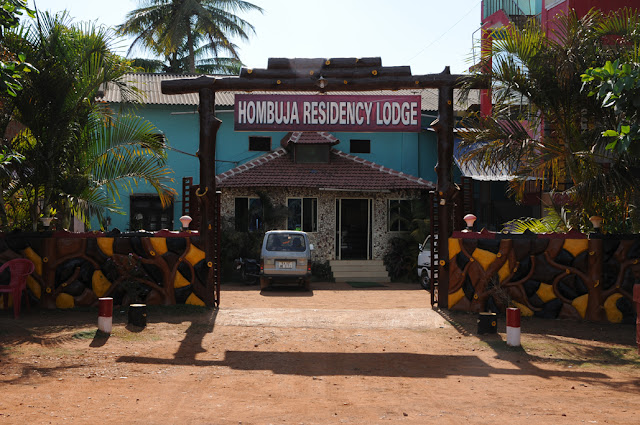 We started from Hyderabad to Shimoga on a Friday night and it took us around 11 hours to reach Shimoga. The journey was a comfortable one as we choose to travel by a Sleeper bus. We got down at Shimoga bus station, had breakfast and started to Anandapur, which is around 35 kilometers from there. One cannot expect to get a luxury bus to Anandapur, the only option available is an ordinary bus as the destination is a small village. It took us around 45 minutes to reach Anandapur. We got down at the village centre and enquired if we can get a lodge to freshen up and start to the village where we get the Ayurvedic medicine. It was a half kilometre walk to the only lodge available in that village. The lodge is able to generate enough revenues to meet their ends, through the people who come to get the ayurvedic cancer medicine. The name of the lodge is Hombuja Residency, we got a non-A/C room for Rs.500. After freshening up we started to the village Narsipuram, the place where the medicine is available.Narsipuram is 7 kilometers away from Anandapur, there are a couple of transport options available. One, is a sharing auto which is available at Rs.50 per person and the other one is the van arranged by the ayurvedic clinic which is available at Rs.30 per person. The best option is to go for an auto as there is no schedule available for the van. After a 20 minutes’ drive in the share auto, we reached Narsipuram around 11.30 AM. When you see the clinic, which is also the home of the practitioner, all you can see is a huge land inside a compound wall with lots and lots of trees. The place is very calm except for the noises of the people, who came there to collect the medicine, talking.

One has to enter the home from the gate available at the back of it, as soon as you enter you will find people standing in queue eagerly waiting for their chance to see the practitioner. We just have to stand at the end of the queue hoping to get out soon. When we entered the backyard we found around 150 people in the queue. Tokens will be given to each of the person 5 to 10 minutes before they allow them inside the house. As soon as we stood in the line we came to know that there are already 150 people inside the house. We realized that unless they all are done with collecting the medicine we won’t be able to get in and anticipated around 5 hours of standing.

There is a small store at the backyard, where one has to stand in queue. It has lots of snacks, drinks and other food items available for lunch. After two hours in the queue, people saw the assistant to the practitioner coming out and someone said that tokens are going to be distributed. Everyone stood properly in the queue and the excitement was down in 2 minutes as they realized that the assistant came out just for some snacks. Finally, after waiting for 4.5 hours we received the tokens to enter the inner part of the house. 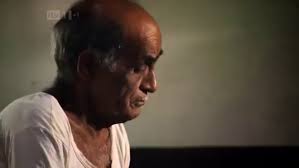 We were made to stand in a veranda kind of set up once we enter in, it can accommodate around 100 people. While standing there, I took a peek at the old practitioner from a small hole of a window. He is around 80 years with just a lungi and a banian sitting in a small room in a portion of the house. After 1 hour we got our chance to take the medicine, we thought of explaining him about the disease but he hardly focuses on that. As soon as you stand in front of him he starts mixing powders from 3 boxes into three portions and putting them in the covers which will be handed over while you are standing in the veranda. So after 6.5 hours since we entered the house we were out with the ayurvedic medicine for cancer. I was there so long but never bothered about knowing the name of the practitioner, I got to know that his name is Subbaiah Narayana Murthy once I came out. Earlier it the medicine was available only on Thursday and Sunday but they have started giving the medicine even on Saturdays.Many might feel that it is a bit ridiculous to believe in such a medicine which has no science behind it. But the people who are diagnosed with cancer and are at the edge of their life has no option but to go with whatever is said to cure the tumor. It is believed that the medicine increases the immunity to fight against cancer. Hope the people who are using the medicine will find it helpful.
Travel Diaries