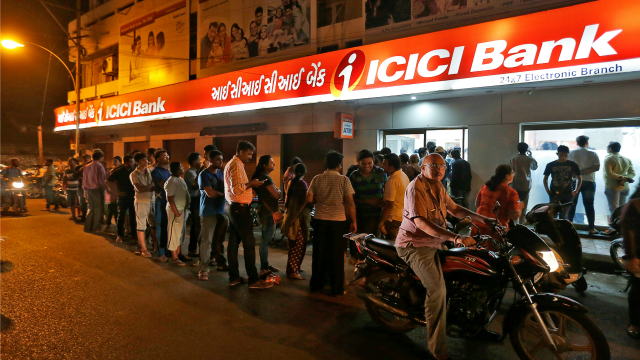 I hope, by now, most of the Indians are able to digest the fact that old Rs.500 and Rs.1000 notes are no longer valid. Usually, when you get to know that Narendra Modi is addressing the nation your thinking will stop at ‘Mann Ki Baat’. But on Tuesday (8thNov 2016) many people were shocked and panicked as soon as the addressing started. Because the first statement in the addressing was “All the current Rs.500 and Rs.1000 notes won’t be valid from 12 mid-night today”. It was clearly stated that all the online transactions will be normal and exceptions were given to services like Hospitals, Crematories and Milk Booths for the usage of old notes. But many people rushed to ATMs to get enough Rs.100 currency notes for their survival for the next two days when the banks were to be closed. There were people who had mentioned that they are not happy with the decision as they have to face a problem for the next two days. But soon they realized that it is worth taking pain for a couple of days rather than getting cheated forever in the hands of people who stash black money.
It was fun for many to watch people taking selfies in front of ATMs and much more fun to watch the excitement and chaos in media to touch the nitty-gritties of the story. I have received a joke on my WhatsApp “All the media channels were prepared for Donald Trump and Hillary Clinton but Modi came out of syllabus”. Though it was said to be a joke but that sentence vividly demonstrates the intensity of the situation. No media channel was able to take up US elections, which were termed to have an impact on most of the countries, in place of the news about demonetization.
Now the dust has settled and many Indians, sorry many tax-paying Indians, have realized the long- term benefit of the demonetization. On any normal day when you open a newspaper, most the columns are shared by the people who are involved in scams, who gets caught for being corrupt or some other non-sense happened somewhere in the country. But when you find something that is happening purely for the benefit of the citizens if makes you feel happy and proud. It is like a silver lining on a cloudy day for people who are frustrated with the exposure of scam after scam. 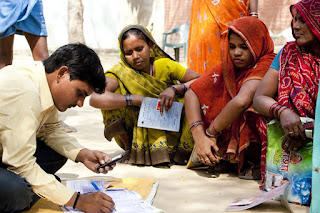 If you observe Modi’s tenure in PM’s office, most of it is occupied with strategies implemented for the benefit of a normal Indian. One has to go through a pleasant surprise to know how prepared he was to occupy the Prime Minister’s chair. Because as soon as he took the oath he has introduced Swachh Bharat, Financial Inclusion (bank account for all), Income Declaration Scheme and Gas Connections for All. And, the other most important aspect that he took up was foreign relations, which was ignored by previous governments. Financial Inclusion, Income Declaration Scheme and Foreign Relations are very closely related to the demonetization which is happening now.
If I am not wrong, planning for this demonetization and digging out black money must have started by the PM as soon as he took the oath. Because if you want to reduce black money one has to ban the current currency notes so that the cash reserves which are not accounted for will become useless and the usage of cash has to reduce which needs everyone to have a back account so that they can use debit cards. If you see the later part, financial inclusion through bank accounts has started taking shape almost 2 years ago.
When BJP was elected unanimously by the people of India, I was of the opinion that things won’t happen just because you have a person with honesty and integrity as the Prime Minister. You need to have many people in his team who are tenacious to bring the positive change that people are waiting for. But I am very impressed with the way Modi is taking bold decisions which need minimal involvement from his team. This is the first concrete step towards the war on black money and clear manifestation of the intentions of Modi.
Note: I am not inclined towards any party or person.
My Perspective