The Road to an End?

A couple of months ago, I had a discussion with one of my friends, who is a doctor, about the increasing rate of cancers and heart attacks in India. He started explaining that by saying we are having this discussion because of two reasons. One is the increased rate of these diseases because of the food we eat and lifestyle and the other one is the awareness of the reasons why someone has died. Let’s park the second reason as it is more to do with the regional media which puts anything as breaking news whether you like to know about it or not. 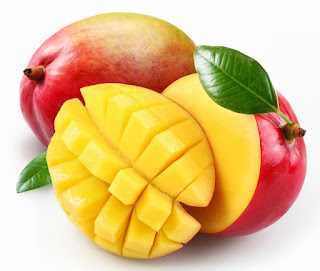 When he said about the food we eat I have nothing to say but yes, because I know somewhere the food we eat is being chemicalized directly or indirectly. No logic is needed to believe that, if water-melon which is supposed to be available only in summer is being sold throughout the year you can imagine the shortcuts used to grow them. Same is the case with many fruits and vegetables.

To support my belief, there was an article in Eenadu Telugu newspaper on how fruits are being treated with chemicals just to make sure they look ripe. Usually, Hyderabad gets most of its fruits from East and West Godavari districts of Andhra Pradesh. Before they transport the unripe fruits from that place they place calcium carbide packets in the boxes. By the time they reach Hyderabad the chemical changes the colour of the fruit to make it look ripe so that they are readily salable. This calcium carbide is very dangerous to health. Making all fruits available in all the seasons itself involves a lot of unnatural methods; we are using some more unnatural methods to sell them fast. Someone is taking a dangerous road to meet his own goal by putting the lives of others at stake. The goal of the supplier is to provide healthy and natural fruits to the consumer and take whatever he makes out of it. But what’s happening is, he is getting how much ever he wants by providing fruits of low quality.

Not just in this case, there are many places where we are confused about the purpose. We need to eat healthy food, but we are taking shortcuts like frozen food just to eat when the actual purpose is to eat healthy. Let me throw some light on this with some more examples.

Recently while having some discussion with my brother-in-law, who is a doctor, he advised me not to drink milk as it is dangerous. I was a bit surprised to hear that from a doctor while most of the other doctors suggest everyone to have milk as it has calcium. With some alacrity, I asked him why milk is dangerous. Then he said milk is good if we get it from a proper Indian cow without using any artificial drugs. But most of the milk available in India is buffalo milk, even if we get cow milk that is from a hybrid cow. And, in order to produce milk sufficient to serve the massive population in India most of the dairies use artificial drugs. Though he said there is no proof to what he is saying, I don’t have any issues in believing what he said. 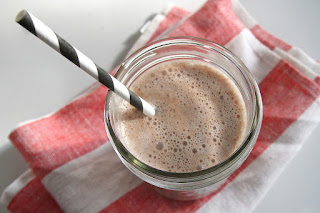 Just to make sure what I believe is actually true, I tried checking for some articles related to it. I didn’t have to search much as there is no dearth of such articles. I found one in Peta’s (People for Ethical Treatment of Animals) website where it is said that cows are being given Oxytocin, an illegal drug, in order to produce large quantities of milk. And an article in the Telegraph reveals that most of the cows in India are hybrid between Indian cow and British jersey cow, which was brought to India during British raj to improve the quality of milk. Also, a test conducted by Uttar Pradesh government in 2012 revealed that most of the milk in India contains starch and detergent as the cows are left to eat anything from the streets. Again, shortcut to produce more and more milk is putting the life of children in danger.

It's not about just food or any particular business, there are many places where we are being oblivious of the long term effect of doing something. Here are some examples, looking at high beam light is not good for the eyes, still we drive our vehicles with high beam lights on without thinking of what will happen to the drivers coming on the other side. Everyone knows water is essential for human life, still, we occupy lakes and convert that to a salable land. Exposure to high sounds continuously affect the ears, still we keep loud horn and honk whether it's necessary or not. Factories don't care about what happens to the water if they release waste into it. I think I should put an end here because if I keep on going it leads to some many other topics. I will leave it here and request everyone to think. I am sure there is some way to stop all these, but it needs a commitment from individuals and also leaders. If that commitment doesn't come now then I am sure we are driving on a road which leads to an end.
My Perspective