Mahendra Singh Dhoni - Is He Involved?

- February 25, 2014
MS Dhoni, a person who needs no introduction, a person who captained team India which has won all the major ICC tournaments and a person who became the highest earning cricketer in no time. When Dhoni entered the Indian cricket team, no one would have thought that he will become one of the most popular cricketers. His scores against Pakistan and Srilanka in 2004/05 season have made him an overnight star and have paved way for his captaincy. With the victories in 2007 T20 world championship and 2011 ODI world cup, Dhoni has become India's hot favourite cricketer.

Dhoni has become the target of the critics with the introduction of IPL in which Dhoni plays for Chennai Super Kings(CSK). CSK is owned by the current president of the BCCI N.Srinivasan. Because of this, the relations between Dhoni and the president have become very strong. There was an occasion when N.Srinivasan single-handedly rejected a proposal from the selection team to sack Dhoni from test captaincy after India has lost 8 test matches in a row. In another occasion, Dhoni was named the man of the match in an ODI when there are two other players who deserve it the most,  just because N.Srinivasan has ordered to do so. His partiality towards players like Suresh Raina, Ravinder Jadeja and R.Ashwin has raised many eyebrows. Players like Pragyan Ojha, Amit Mishra and Ambati Rayudu were carrying water bottles when these players are getting too many chances even when their performances are abysmal. 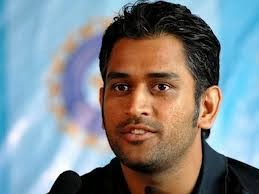 Now, MS Dhoni has become a hot topic in the cricketing circles because of two reasons. One is India's worst performance in the last two overseas tours and two is the IPL scandal. Recently Gurunath Meiyappan, son-in-law of N.Srinivasan was found guilty in IPL betting. It was believed that Dhoni has tried to hide things about Meiyappan when the police have interrogated him. And, the commission which has probed the whole scandal has handed a sealed cover with the names of six cricketers involved in this betting to the supreme court. There is wide speculation that one of the names is of MS Dhoni(because the police have said that one of the persons involved in the betting is currently playing for India in New Zealand).

Even though I am a great fan of cricket, I am not comfortable with the way things are going and the involvement of politics in the game. But if MS Dhoni's name is listed in the sealed envelope it is the fan who is going to be the ultimate loser. I believe that the fan has every right to know what is going on in cricket and in the IPL fixing investigation.

Disclosing the hard facts will show us a way to clean the game.
Cricket My Perspective