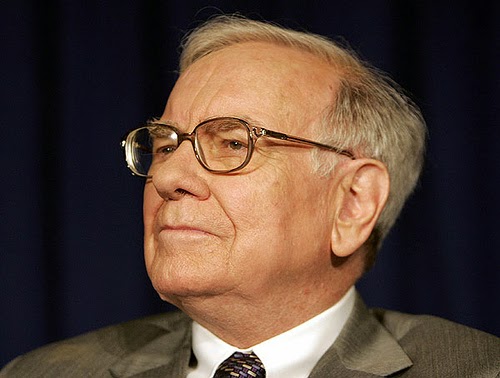 Corruption and Warren Buffet are what engendered this post. As most of you are aware, there were many scams exposed recently in India debunking the credibility of many politicians and businessmen. These scams made it vivid how many crores of rupees they earned bilking people. A.Raja, Kanimozhi, Suresh Kalmadi and many more people are involved in these scams. Some of these people were forced to sent to jail because of the public attention these scams have got.
I mentioned only three names above, because these are the people about whom the public can recollect quickly. But there are many other politicians and businessmen who made money in different illegal methods. There must be very few politicians whose wealth accounts to be less than 100 crores. Sarad Pawar, Y S Jagan Mohan Reddy, Mayawati, Hasan Raja and Karunanidhi these are some of the politicians who earned thousands of crores leveraging their political power in an improper manner. These people build houses worth hundreds of crores of rupees while many people in India has no shelter, these people eat in five star hotels while many Indians have nothing to eat and these people use ultra modern brands of cars and clothes while many people have nothing to wear.
I sometimes ask myself, how many crores of rupees does a person need to have a luxurious life? 50 crores or 100 crores or may be 200 crores. So what do these people do with the thousands of crores of rupees they have ? I think this question remains as an enigma for most of the people. But one thing I can surely say is that the sense and purpose of life for most of these people is earning money and power. They don't care about the path they are travelling to earn those. Honesty, Integrity and Loyalty has no place in their dictionary called "Life".
The ultimate sense of life is to be happy and make others happy. One has to abstain themselves from going for too many luxuries while others are suffering. No one is going to make any law on how a person can build their house or in fact how much money one can have. But everyone has to realize by themselves. One has to take Warren Buffett as an inspiration, who still lives in a five bedroom house which he bought in 1957. He gave a mind blowing amount of $37 billions to Melinda Gates foundation. I am not asking everyone to do the same. I am requesting everyone not to earn in a legal and ethical manner and be a socially responsible citizen. If you are ready to spend Rs.40000, try to limit that to Rs. 37000 and do whatever you can for others. No one can measure how happy you will feel when you help others. So realize that happiness and helping others is the sense of life.
Happiness Lessons from Life