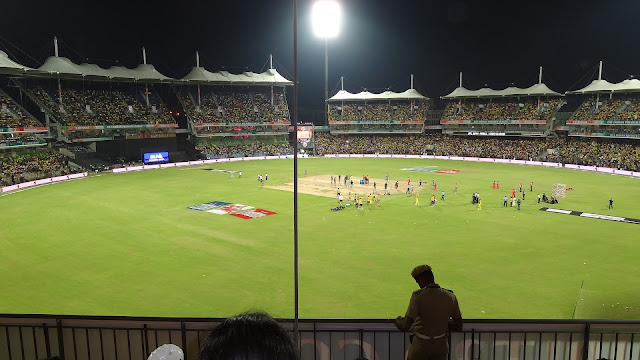 Many people who started reading this would have known that Indian cricket team is out of T-20 world cup 2009.I read many analysis on why India is out? In news I’ve been hearing a question “Can India get better a captain than Dhoni ?” I can’t understand why that question arise.At present we don’t have a better captain Dhoni.From the past 2 years Indian Cricket is doing good.They won many matches.Undoubtedly India is the best team in the world.India was not able to get a spot in semifinals but making MS Dhoni a scapegoat for that is not a right thing to do.Indian team is playing matches restlessly.If there are in that sort of schedule I don’t think that they can perform their best in every match.
In the match against England India would have won that.Target is not that big to chase.Indians batting line up is so strong that they can chase a score of 153 very easily.But because the batting failure India is out of the tournament.Rohit Sharma has been doing a very good job.Unfortunately he failed that day and the same with Gautam Gambhir.Raina got out immediately.At this point of time Dhoni sent Ravindra Jadeja giving him promotion in the batting order.By the end of the match Indian captain would have known how wrong it is to send him earlier.He scored 25 in 35 balls that is the thing which should not happen in T-20 format.Then Yuvraj,he showed his hunger for runs and his form by hitting a six in the first ball itself.Yuvi got out with a brilliant stumping by England wicket keeper.Once Jadeja got out two hard hitters Dhoni and Yusuf Pathan were in the crease.But they were unable to hit,both played against their natural game.They took 1 instead of 2,2 instead of four and finally the required run rate has gone up.
If we analyse match by match we can know where India made mistakes.But in an overall view Indian team is doing pretty good.There is no need to think whether India can get a better captain Dhoni or not.
Cricket